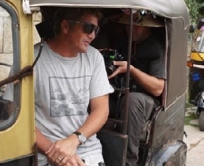 Richard Yelland is an Emmy® Award nominated commercial director and an award-winning documentarian. Powerful visuals and strong performances are a trademark of his projects for Nike, HISTORY, We Are Ocean & Hurley, Surfrider Foundation, Sambazon & Outside Television. “Richard is a fantastic filmmaker,” said Oscar® nominee Morgan Spurlock.

Richard’s documentary film Floating: The Nathan Gocke Story, was ‘Emerging Documentary’ winner at the 2011 Cannes Film Festival. His following film, 12 Miles North: The Nick Gabaldon Story, presented by Nike, tells the story of the first-documented African American surfer and is “Unlike any surf film you’ve every seen,” according to ESPN. 12 Miles North was a 2014 Webby Award winner and inspired Santa Monica’s annual Nick Gabaldon Day.

Sine Qua Non: The Psychology of Big Wave Surfing with Greg Long, Richard’s next release, was an official selection at the Maui Film Festival and a winner at the 2014 BLUE Ocean Film Festival.

His latest feature, The Long Way Back documents the addiction that nearly killed Todd ‘Z Man’ Zalkins after the overdose of his longtime friend and Sublime front man, Bradley Nowell. A Best Documentary winner at The Phoenix Film Festival, The Long Way Back received exclusive coverage in Rolling Stone and global distribution from The Orchard.

Richard received his Emmy nomination for “Pool,” a PSA he wrote and directed for the Life Rolls On Foundation featuring wheel chair pool skater Darwin Holmes. 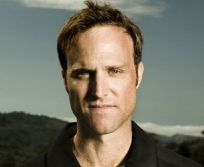 With a degree in Film Studies from the University of California at Santa Barbara, Jon Fitzgerald directed his first film in 1994.  He cofounded the Slamdance Film Festival in 1995 and was the executive director for two years before becoming the festival director at the American Film Institute from 1997 to1999. He has also acted as the festival director at the Santa Barbara and Abu Dhabi International Film Festivals and consulted to dozens of others.

Through Cause Pictures, he produced and directed a handful of documentaries, before launching CauseCinema.com as a guide to the best in social impact films.

The 2nd Edition of his book “Filmmaking For Change: Make Films that Transform the World” was released fall of 2017.